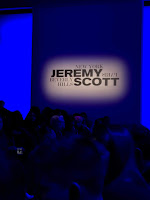 Things to remember going into a Jeremy Scott show: Patience. It might interfere with your bedtime; definitely your dinner. A lint brush. There is a high probability of leaving covered in sequins, confetti or the fuzz from the free Longchamp bag tufted in fake fur on your seat. Above all, a sense of humor.

Scott’s fall show required all of these things, and as long as the latter was intact, it was a breeze. His sci-fi ravers were a fusion of “The Fifth Element,” sporty club kids, innocuous bondage, Popples and Cicciolina, the porn star and former Mrs. Jeff Koons who was known to carry the Eighties plush toys on the red carpet. Scott collaborated with the brand on some prints. The models wore candy-colored blunt wigs that more often than not matched their legwear — purple tights, blue and orange tights, and thigh-high moon boots that didn’t look comfortable but made you smile. There were cropped jackets with bustier seams, terry tracksuits, silver foil contraptions, spacey skirts and clear plastic outerwear that looked like it was stuffed with scrunchies. 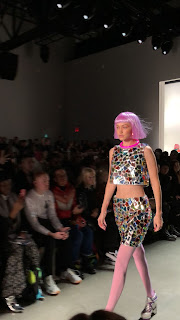 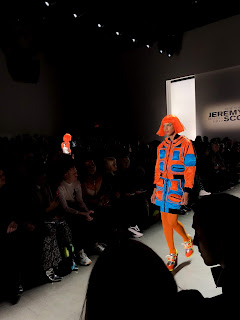 It was bright. It was camp. It was silly but not stupid. There’s no reason to overthink it, but don’t dismiss it, either. Scott stands for something very valid. (And valuable: Aeffe’s sales are up 11.4 percent, not least because of his work at Moschino.) “Um, just to have fun! Remember that?” he said backstage before the show. “We have so much serious stuff to deal with every freaking day. I realized my role now more than ever is to bring some levity and some joy more than anything. That’s my protest. Bringing happiness, bringing joy. I think that’s the ultimate protest.” 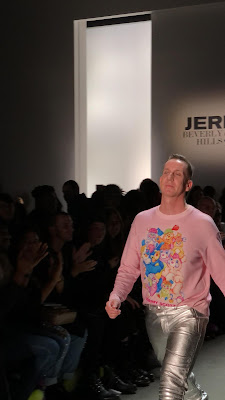